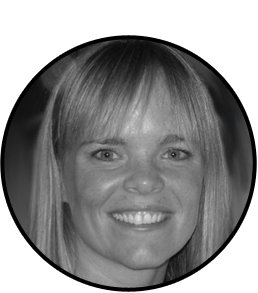 Since Kelly was very young, she has been involved in athletics and continues to push the limits. From finishing a Tuff Mudder this past year to running marathons, she has always enjoyed challenging herself.

After playing four years of lacrosse at Bloomsburg University, she took up running. She developed a knee injury and was unable to maintain the level of running that she was used to. Through the frustration of the injury, Kelly decided to take her first yoga class. She began practicing to Ashtanga Yoga and then moved to Power Vinyasa Yoga.

Kelly completed her training in the Fall of 2008 at Power Yoga Works. Kelly is a school counselor in the Springfield School District and an exercise consultant at the Renfrew Center of Philadelphia.

Over the past twelve years, Kelly has been passionate about her work at the Renfrew Center. She co-developed an exercise program for women in recovery from eating disorders. The program helps woman develop a healthy relationship with exercise. Yoga and mindful exercise are the core components of the program. Kelly’s research focus includes exercise abuse among women and athletes with eating disorders. Kelly lives in the area with her husband Kyle and her two boys Brody and Sawyer.