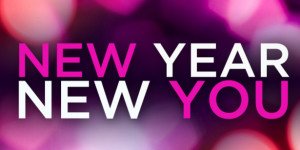 Because of this, many yoga studios, including our Conshohocken power yoga studio, and gyms are packed in the month of January. Then in February or March, the numbers drop, and it’s not so crowded all the time. People may get bored, hit a plateau, don’t see any results and decide to stop exercising.

It’s so easy to give up when you don’t see any results. It’s also easy to stop exercising altogether after not going to a power yoga class for a few days. Being committed to getting healthy is hard and it takes time. Below are some tips that may help you keep your resolution this year.

Don’t try to go to a power yoga class every day. Many want to see results quickly and think that they should and need to go every day. In the beginning, they can sustain it for a couple of weeks. However, after a couple of weeks, it’s too much and then they may skip a few days. Then, a few days may turn into a week, and eventually, they stop going altogether.

The same thing goes for our diet. Some may vow to never eat any of their favorite foods. This is an unrealistic goal and really, the goal is just setting us up to fail. Rather than say I am never eating pizza again, perhaps just have the goal of eating less of it or have it on a cheat day.

Look at your schedule for the coming week and pick the days you are going to go to power yoga. If you have to stay late at work on a Tuesday, don’t plan for it to be that night. Because the reality is, when the work day is over on Tuesday, you are probably exhausted and talk yourself out of going. Plan to go on another night instead. Start with 2 days a week or even 1 day week. As long as it is something realistic and doable.

Even when we plan, sometimes we just can’t get to our mats. Sometimes, we cheat and allow ourselves to have an extra piece of chocolate cake. When this happens, many people fall off the wagon completely. They think they failed and then stop exercising. We shouldn’t beat ourselves up about it. Just get back on track, get to a class and start eating healthy the next day. Do the best that you can and take one day at a time.

Sol Yoga Studio opened its doors in 2011 and has received glowing reviews. If you’ve never tried power yoga and have been thinking about it, come to one of our classes. First class is FREE. Our Conshohocken yoga studio is just minutes from Plymouth Meeting and Blue Bell. To sign up for class, check out our yoga class schedule at Sol Yoga Studio.