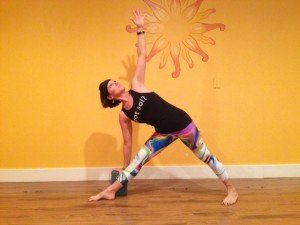 Get the Best Yoga Experience During Your First Power Yoga Class

It is understandable many people feel nervous or anxious before going to their first power yoga class. Many worry about not looking ridiculous holding a pose or not being able to make it through the entire class. I get it, I was there when I first started practicing yoga. I have been teaching power yoga for over ten years now, and below are some tips for first time yogis.

Feel Free to Rest or Leave the Room

It is perfectly okay if you need to rest during class or leave the room. Just because nobody is resting doesn’t mean you can’t. You don’t want to compare yourself to others around you. Rather, you want to look at your own progress. The person next to you may have been doing yoga for 5 years, and it is unrealistic to be at the same level as that person if it is your first time.

It is not uncommon for people doing power yoga for the first time to take a break or leave the room. You are not going to be the first, and certainly not the last.

Be Mindful of Your Limits

Our yoga studio in Conshohocken is heated between 85-90 degrees. Due to the heat, our muscles tend to get looser during class. However, because of this, we sometimes tend to overdo things. Know your limits and don’t push yourself too hard. I always like to say in class “Try easy!” Listen to your body. If something doesn’t feel right or if you cannot breathe while in a pose, pull back a little. You want to find the balance between effort and ease.

You want to make sure you are hydrated before your first power yoga class. Because the studio is heated, you will be sweating a lot during class. If you are not hydrated, you may feel lightheaded during class. Staying hydrated before class doesn’t mean drinking a ton of water 30 minutes before class; it means drinking water all throughout the day.

Angela Travaglini, Sol Yoga Studio’s founder, has always focused on fitness and overall well-being. After she suffered an injury, Angela took a break from running and discovered yoga. In 2011, she opened Sol Yoga Studio in Conshohocken, PA, just minutes from Plymouth Meeting and Blue Bell. The yoga studio offers power yoga classes, as well as vinyasa and kids yoga classes.

To sign up for class, check out our yoga class schedule at Sol Yoga Studio.